Category Archives: hi how are you

Leave a comment
beck, daniel johnston, downloads, eddie vedder, hi how are you, sparklehorse, the pastels, The Skinny, twilight sad, yo la tengo

Daniel Johnston’s childlike singing voice and propensity for using amateurish recording methods and basic instrumentation puts many people off his music. It’s no coincidence though, that so many artists have taken his songs and covered them. At the heart of each one is an overwhelming melody, and when delivered in a more conventional method, they can be enjoyed by millions of others. This month, we’ve tracked down our five favourite Johnston covers that you can listen to for free. But believe us, this handful of tracks is really only scratching the surface.
Eddie Vedder – Walking the Cow 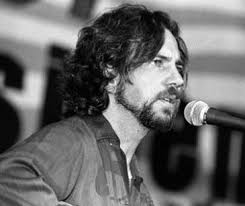 Kurt Cobain may have been the grunge superstar who propelled Johnston to fame by donning one of his idiosyncratic designs on a t-shirt, but his influence extended to another giant of the Seattle scene in Eddie Vedder. His solo cover of Walking the Cow is a fragile beauty. 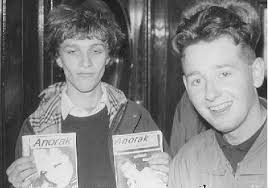 This one has been covered by everyone from Yo La Tengo to Mary Lou Lord, but it’s The Pastels’ version from 1991 that stands out for us. Simple, tuneful and easy to hum along to – all traits the Glasgow band shares with Johnston, so it’s no surprise that their take on one of his best tracks works so well.

The Twilight Sad – Some Things Last a Long Time

Beck, Built to Spill and Beach House have all tried their hands at this one, but The Twilight Sad’s take on a Johnston classic is untouchable. As the ominous drone wells up throughout, James Graham bellowing: “I still think about you…” is nigh on heartbreaking. Johnston has since requested a copy of this particular cover from us.

Sparklehorse – My Yoke is Heavy

Sparklehorse frontman Mark Linkous is a close friend of Johnston’s and has toured extensively with him in the past. This camaraderie is unsurprising, considering the pair have more in common than music, having both experienced severe depression. Linkous has covered more than one Johnston track, but this is our favourite: the yoke in question, being the burden of melancholy shared by both men.

Beck – True Love Will Find You in the End 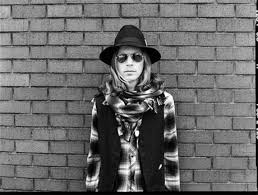 This is perhaps Johnston’s most famous song and Beck’s harmonica-led reworking gives it more polish and force. For many Johnston fans, the beauty of his music lies in its lo-fi simplistic quality. Whilst few of these covers replicate this, they provide a worthy tribute to a man who otherwise may well have flown under the radar.

Written for The Skinny

Leave a comment
daniel johnston, hi how are you, interview, The Skinny

Hi, How Are You? A Conversation With Daniel Johnston

Kurt Cobain described him as “the best songwriter on earth.” But there’s much more to the story than that. Finbarr Bermingham spoke to Daniel Johnston to find out that he still has his demons, but that hope is keeping him going.

The protocol for an interview with outsider artist Daniel Johnston is unlike any other. For a start, and for obvious reasons, he is reluctant to open up to the press. His demons are more unembellished than most and thus, an interview is hard to come by.

When The Skinny secures some time with him, we have to call his father and have a conversation with him first. Bill Johnston is an 85-year-old, old-fashioned, deeply religious gentleman, who still handles his son’s affairs. This is despite the fact that Daniel nearly killed them both in the 1990s.

The pair were flying back from a performance at SxSW in Bill’s light aircraft when Daniel – who had stopped taking his medication – seized the controls and threw the keys out the window, sending the vessel into an uncontrollable freefall. The plane landed in a forest. Father and son were lucky to survive.

Fifteen years on, Bill tells me off for calling at an inconvenient time and he goes “to get Daniel from the other room” (it later emerges that he has been oversleeping: his manic depression returns sporadically).

But there’s a reason why The Skinny, and almost any other magazine, will go through such rigmarole to speak for 30 minutes with a middle-aged, overweight, chain-smoking, bi-polar, narcissistic, schizophrenic, manic depressive American. It’s because Daniel Johnston is one of the most remarkable individual talents living today.

Strangely, though, there seems to be only one way to start a conversation with him and one which delves right to the root of his work’s simplicity. I succumb to the temptation: “Hi, how are you?” It turns out he’s okay, but I wonder if he’s sick of people asking him that same question.

“Not really. You know, when I was growing up everyone would say “Hi, how are you?” Before I ever put it in a drawing or on a t-shirt, it was in a song of mine that said: ‘I saw you at the funeral / You were standing like a temple / I said “Hi how are you? Hello” / And pulled up a coffin and crawled in.’

“But the drawing came about 10 years later, when I worked at Astroworld in Houston. I found a Weber Frog Box that said “Hi, how are you?” and I thought: “Hey that’s cool.””

Daniel’s conversation is childlike, optimistic and innocent; many of the adjectives attributed to his music. He still dreams of having a Number One hit: “Well, I’m gonna keep on practising and writing until one day I can, that’s what I want.”

He holds out hope that Matt Groening will act on his promise to do some work together, having been impressed by his comic portrayals of Casper the Friendly Ghost and Captain America: “I love comic books, that’s what I want to do, and if we could do something together… Oh boy!”

Whilst institutionalised in the early 90s, he wrote a letter to his agent requesting that The Beatles reform as his backing band. When reminded of this, he skirts round the question, but still fantasises of the collaboration: “It might have to wait ‘til we all get to Heaven, but if they walked in now and said they wanted to play with me, I’d drop dead with shock!”

He beams with pride when we talk about Kurt Cobain (who described him as “the greatest songwriter on earth”) wearing his t-shirt: “Somebody gave me a Xerox copy of the picture and I had it hanging on the wall. It was a big deal because it was the MTV Awards!”

He still can’t believe how many popular artists have covered his songs, but struggles to keep track of who has sung what. “It’s great that I get all these tapes, and they all sound really cool. I hope that one day, someone will popularise a song so much that I can get to Number One. Oh boy, that would be great.”

In fact, Johnston is much more at home when talking about achievements and aspirations. Perhaps his dreams are less terrifying than his nightmares. He says his new material with Danny and the Nightmares is “the best I’ve ever done” and is happy the extensive remastering of his back catalogue is continuing, with Welcome to my World, Yip Jump Music and Continued Story / Hi, How Are You all scheduled for reissue this month.

All of this means more work, and for Johnston, it’s imperative that he keeps busy. “I try to write everyday. When I feel good and nothing is wrong I write all the time, and that’s what I’m trying to do now.”

The award-winning documentary, The Devil and Daniel Johnston, rummaged through Johnston’s past with a fine-toothed comb and held all the worst bits up to the light for the world to see. It’s fascinating stuff, but makes for uncomfortable viewing.

“I like it. At first I didn’t know what to think. But I’ve only seen it about 15 times you know?” he says when asked for his opinion on it. But he dodges questions about the issues addressed within the movie: his health, his time in mental institutions and his current state of mind.

The only time he subsides is when I quote him a line from his song, Go: ‘Here I am on this planet taking everything for granted’, before asking if he’s learned to appreciate his own life.

“I try to enjoy my own life, despite my manic depression. When I get depressed… even today I was sleeping in… I just sleep. I can hibernate for four months at a time. Once I get going, especially if I am recording, it inspires me to write songs. It’s good therapy.”

The only area of the movie he discusses openly is Laurie Allen, who he fell in love with as a student and wrote hundreds of songs about. She was none-the-wiser until the film-makers contacted her. They were reunited at the premiere, and Johnston’s voice perks up when describing the moment.

“I couldn’t believe it when she came. My heart just broke – I didn’t know what to do. When I saw her at the party after, I flipped out. I could hardly talk – I was out of my mind. I couldn’t think of anything to say. She was every bit as beautiful as I remembered, and I love her. She’s probably married,” he says softly. “We’ve lost contact since, but I hope I’ll see her again.”

For Johnston, these fragments of hope are what keep him going. He is still a prolific illustrator and songwriter, and whilst much of his harrowing past is addressed within his art, he finds it difficult to talk about. A conversation with him is a crude snapshot of his rollercoaster life. He can make you frustrated and sad, but by the end of the next sentence, have you laughing along with him again. What truly emerges from a conversation with Daniel Johnston is that he is a gentleman – a rare breed amongst the music fraternity of today.

Written for The Skinny